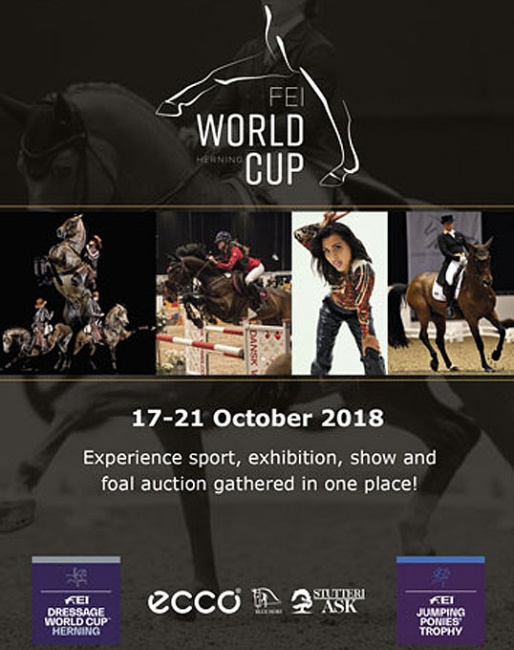 Contenders have their strategies planned as the new 2018-2019 Dressage World Cup™ Western European League season gets underway this weekend in Herning, Denmark. There are 10 qualifying opportunities in eight countries over the next six months, and all eyes are fully focused on a place at the Final in Gothenburg, Sweden next April.

The Grand Prix movements have been fine-tuned and the Freestyle floor-plans perfected, so now it’s time to get back on stage with those “dancing horses"…

For the top names it’s about holding form, and some are spoiled for choice. The defending champion and three-time winner, Germany’s Isabell Werth, has three of the top four horses in the World Rankings and is unlikely to hand over her crown without a serious fight. In the number 2 spot she has the 13-year-old mare Weihegold with which she claimed her second consecutive title at the Final in Paris (FRA) earlier this year and who also carried her to triple gold at the  FEI European Championships in 2017 and team gold and individual silver at the Rio 2016 Olympic Games.

Add to that her world no. 3 ride, Emilio who is so very consistent, and her personal favourite Bella Rose who is in number 4 spot and who helped secure team gold and the Grand Prix Special title at the World Equestrian Games™ (WEG) in Tryon (USA) last month, and Werth’s chances of reigning supreme once again seem rock solid.

However there’s a bit of unfinished business out there, because the Freestyle was cancelled due to the weather conditions in Tryon. So there are unanswered questions about whether the world no. 1 partnership of America’s Laura Graves and Verdades would have given the German duo a run for their money, and how much of a challenge would have been presented by Great Britain’s Charlotte Dujardin and Mount St John Freestyle. At just nine years of age, the British rider’s super-exciting mare looks to have a world of possibilities ahead of her, and the sport can hardly wait to see just how far this pair can go.

The highest-ranked rider in Herning will be 2013 World Cup champion Germany’s Helen Langehanenberg. She’s currently eighth in the world with the 16-year-old stallion Damsey FRH who was also on that gold medal winning European team in 2017 where they also finished individually fourth. And she’ll be in good company this weekend alongside European team silver medallists Agnete Kirk Thinggard and Anna Kasprzak from Denmark and seven-time Olympian Tinne Vilhelmson Silfven and Rose Mathisen who were on the European bronze medal winning Swedish side 14 months ago.

After this weekend’s first leg, the action moves on to Lyon (FRA), Stuttgart (GER) and Madrid (ESP) in November and then to Salzburg (AUT), London Olympia (GBR) and Mechelen (BEL) in December. The new year will begin in Amsterdam (NED), and then it’s a race to the line with just two more chances to pick up those precious qualifying points in Neumunster (GER) and ’s-Hertogenbosch (NED) in February before the Final which will run from 3 to 7 April.

Ireland’s Judy Reynolds is looking forward to lining out a little later in the season.

"I really enjoy competing in the Western European League because the shows are all in fantastic venues and it’s a whole lot of fun! When I finished fourth at the Final in Omaha in 2017 I was very close to the podium and I loved every minute of it - I can’t wait to get back out there again this season to show what we can do," said Judy Reynolds (IRL)

She’s not the only one, and it all gets underway in Herning with the Grand Prix on Saturday at 11.00 local time and the Freestyle which begins at 14.30 on Sunday - don’t miss a piaffe or a pirouette, it’s going to be great!