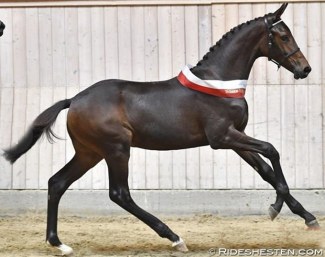 The committee selected Remember Me as the champion in her division. Bred and owned by Lena and Rasmus Dalsgaard from Vinderup, Denmark, this bay filly was praised for being feminine, noble, well framed with a clear conformation and lightfooted, uphill movements.

The winner was the chestnut colt Diaz Skovvang, bred by Marie Hedegård Pedersen from Esbjerg, Denmark. This colt was praised for his expression, extremely good basic gaits and a trot and canter with uphill tendency. The foal stayed in super balance and cadance.