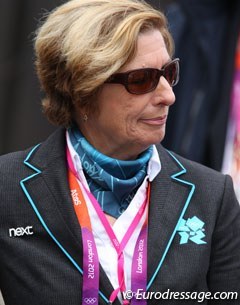 Australian 5* judge Mary Seefried has been appointed as Technical Delegate (TD) for Dressage at the 2020 Tokyo Olympic Games.

This is a significant achievement and Mary says she is honoured to have been handed the role:

“I am very excited to be involved in the Tokyo Olympic Games. I look forward very much to working with the organizing committee which is well advanced in its preparations.”

“Especially for the Dressage it will be wonderful to see the transformed BajiKoen facility. I judged at the last CDI held in the old facility and it was a sentimental moment but everyone was looking forward to see the new facility. I understand the test event will be in August 2019,” said Mary.