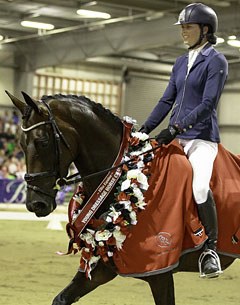 The 31-year old international eventing rider Zoie Gray steered Stoneylea Welt Princess to a triple victory. The pair won the first and second round in the 4-year old division with 78.4 and 77.0 points. Welt Princess is by Weltmeyer out of the imported elite mare Lusenka (by Lauries Crusador xx x Lemon Park) and is bred by Angela and John Smith. The pair twice referred Grand Prix rider Wendi Williamson to a second place on the Hanoverian bred Ruby Tuesday T (by Royal Classic x Don Frederico). 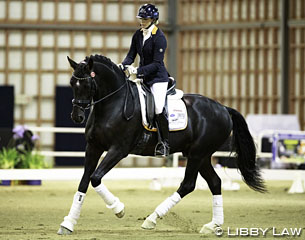 In the 5-year old division the victory went to Holly Leach on the Australian bred HP Fresco (by Fackeltanz x Lander x Richmeed Medallion) who earned their title thanks to the big lead they built up in the first round, in which they scored 74.60 points. Four five year olds contested the first round, but only two competed in the second round. This was won by Ellen Mitchell aboard Donnerstar CD (by Donnerubin x Gymnastic Star) with 69.8 ahead of Leach and HP Fresco. However, the latter's overall total was higher and they claimed highest honour.

Only two 6-year olds competed in their age category and Robyn Coupe and the unregistered mare River Park Luciana (by Vollrath Lessing x Anamour x Wohler), bred by Renai Hart, bagged the overall win. They were second in the first round with 69.60 points and won round two with 69.60 points. Former young rider Kate Tobin won the first round on the Australian bred Bradgate Riot Act (by Rotspon x Don Primero) with 71.2 but dropped to 66.20 points in round two. 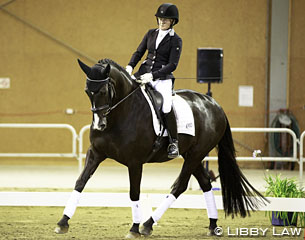 In the champions of champions round, judged by Helen Hughes Keen (NZL, 4*) and Katrina Wüst (GER, 5*), Zoie Gaye and Stoneylea Welt Princess beat the 5- and 6-year old champions.