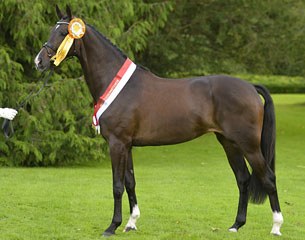 The 2015 edition became the most successful to date in terms of visitors, participants and turnover at the foal auction following the event.

The Danish Warmblood Elite Show has developed into a major event. In addition to the selection of the champion mares, fillies and foals the Elite Show also features the Elite Foal Auction and the Youngster Cup and not least a national show in dressage and show jumping.

The event which took place on 28-30 August has produced a turnover of 5 million DKK and has had 6,500 visitors during the course of the three competition days. A total of 450 horses have participated and 320 of these were stabled at Vilhelmsborg. However, there is every indication that the breeders to a higher degree have become quality-conscious and have chosen to only breed with their best mares. The Danish Warmblood breeding committee observed a particular high quality of the foals and mares at the Elite Show this year.

The national dressage champions are: