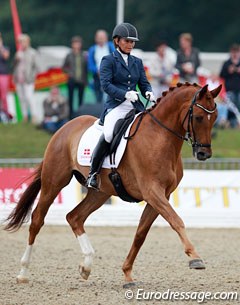 The Danish equestrian federation and its major breed societies announced the first complete long list of Danish horses that have been invited to the first official selection and training event on 23 - 24 May 2015 for Danish team selection for the 2015 World Young Horse Championships in Verden, Germany, in August.

On 2 - 3 May a special two-day observation trial was already hostered where Danish judges Birthe Lyder and Jesper Holst Hansen assessed  young horses which have not yet stood out on various competition circuits last year. Eleven horses made the cut there.