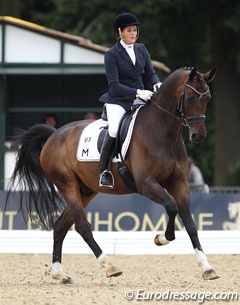 An exciting field of 7 and 8-year olds has been entered to compete in the brand new CDI 1* class held for former WCYH finalists at the 2014 World Championships for Young Dressage Horses in Verden, Germany, on 7 - 10 August 2014. Eleven horses in total are entered for the class which is held on Wednedsday 6 August at 14.00h.

The field includes a mixture of riders from Germany, The Netherlands, Austria, Spain, and USA.

The entered horses are: