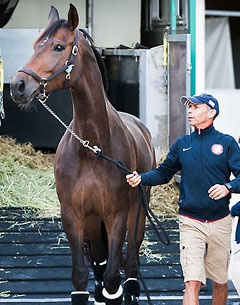 A strong U.S. contingent heads to Austria this weekend for the CDI4* Fritzens, as all eight members of the Short List for the 2014 World Equestrian Games U.S. Dressage Team will compete in Big Tour competition. Additionally, two American entries will head down centerline in the Small Tour at the competition, which runs July 4-7. 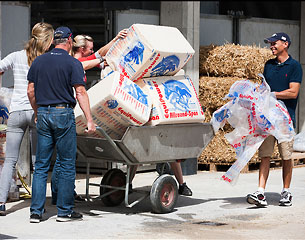 A group of four exciting and ever-improving combinations will perform the Grand Prix Test on Friday, which will serve as a qualifier for the Grand Prix Special, to be contested on Saturday. Laura Graves (Geneva, Fla.) and her own Verdades will look to replicate the form that turned heads and earned her the Reserve National Championship title three weeks ago at the U.S. Dressage Festival of Champions. Caroline Roffman (Wellington, Fla.) brings her own 2013 Aachen Small Tour veteran, Her Highness O, to Austria, while Shelly Francis (Loxahatchee, Fla.) will ride Patricia Stempel’s Doktor. Rounding out the U.S. Big Tour squad at Fritzens is Lisa Wilcox (Loxahatchee, Fla.) with Betty Wells’ Denzello.

In Small Tour competition, the United States will represented by Peters and Four Winds Farm’s Rosamunde and Konyot with Bruce Grivetti’s Wyoming. They will perform the Prix St. Georges Test on Friday, before riding the Intermediaire I Test on Friday.