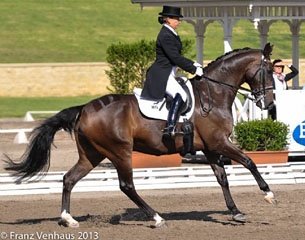 As per the 2014 World Equestrian Games selection policy for dressage, one Australian based combination will gain automatic selection to the ‘WEG long list’. This list will consist of eight combinations from which Australia’s dressage team for WEG will be chosen.

In order to be eligible for this position, combinations will need to compete in the Grand Prix class at three of the following four events:

Automatic selection to the 'WEG long list' will be granted to the combination which has achieved the best average score taken from their three strongest results at the above events.