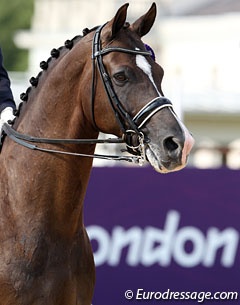 The KWPN society has once again finished at the top of the Dressage Ranking of the World Breeding Federation of Sport Horses. Thanks to Olympic stars Valegro and Parzival, the Dutch warmblood breed is the leading sport horse breed in the international dressage world.

The Hanoverian breed has placed second with 13,345 points thanks to the Donnerhall legacy: Desperados, Diva Royal, Don Auriello, Dablino and Don Johnson contributed to the Hanoverian high score as well as Anky's Salinero.

After four consecutive years on third place the Danish Warmblood dropped to a fourth spot and has been overtaken by the Westfalian Studbook. Westfalian dressage horses such as Damon Hill, Legolas, Artemis, Delgado, Divertimento and Eichendorff garnered 12,200 points to put their breed third.