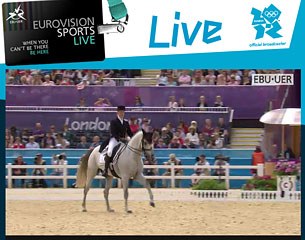 The global online community needn’t miss out on any of the Olympic equestrian action from Greenwich Park as extensive online coverage of the London 2012 Olympic equestrian events will be available to sports fans globally thanks to the national/regional rights-holding broadcasters.

The service will be available to European audiences across all EBU territories, except for Italy where it will be geo-blocked (the list of EBU members is available at this link). The online schedule, along with the live broadcast URLs for the equestrian events, are listed in the attached document. All times are GMT.

In June the International Olympic Committee (IOC) announced that it will live stream the London 2012 Olympic Games in 64 territories across Asia and Africa, including 42 Sub-Saharan African territories, on the IOC’s YouTube channel. Check out the details here.

We recommend that users in each country check the local listings for information about the broadcasts in their territory. The complete list of London 2012 broadcasters can be viewed here.