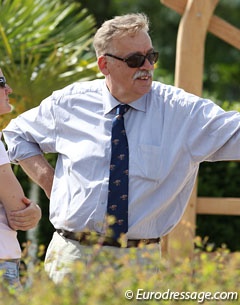 Gutshof Gluckauf in Hünxe, Germany, has been allocated the German Championships for Pony, Junior and Young Riders Championships in 2012. The dressage facility, owned by German judge and breeder Peter Engel, will host the event on 7 - 9 September 2012.

For many years now the Hünxe Riding Club has been organizing big equestrian events including the Rhinelander Pony Talent Search competition and the Rhinelander eventing championships. Since 2004 the Hunxer Dressage Days have been a renowned dressage competition with Grand Prix classes.

Hunxe organized the German Youth Riders Championships for the first time in 1996. In 2010 these championships were held in Aachen and this year they were staged in Freudenberg.