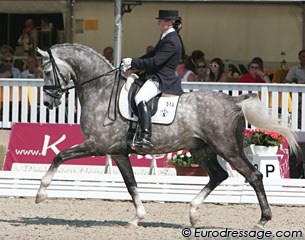 After the final Swedish selection trial hosted at the 2010 CDI Falsterbo, the Swedish Equestrian Federation drafted a short list of combinations from which the definite pairs will be picked to represent Sweden at the 2010 World Young Horse Championships in Verden, Germany, 4 - 8 August 2010.

Selector Jan-Ove Olsson confirmed to Swedish magazine Tidningen Ridsport that four horses per age category and one reserve in total will be selected to compete in Verden. The committee needs a few more days to make its final decision.