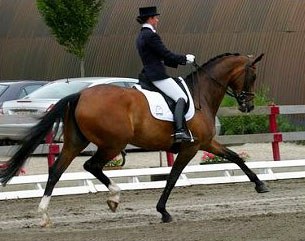 The Royal Belgian Equestrian Federation (KBRSF) has selected the horses which will represent Belgium at the 2004 World Championships for Young Dressage Horses in Verden July 9-11, 2004.

For the 5-year old division, Daianira van de Helle and Wizard will be sent to Verden. Daianara van de Helle, a dark bay Hanoverian mare bred by Dorith Kothe and owned by Stud farm De Helle, won the 5-year old qualifier. Ridden by Vicky Smits, a former European junior rider silver medallist, Daianira van de Helle will probably be Belgium's best bid in Verden. The elegant mare by Dream of Glory x Ritual is a superb mover in all three gaits and has the potential to be a top five horse in Verden, if she keeps her cool at the show and politics will not rule the event. 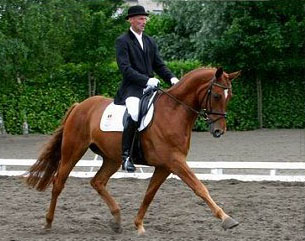