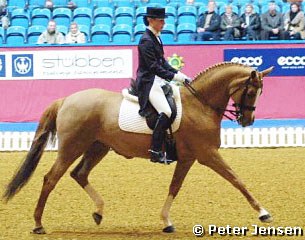 Eleven riders have been long-listed for the British team at the European Dressage Championships at Hickstead 13th-17th August.

The squad will be reduced to a short list at the end of June while the final team, who will carry Britain's hopes of qualification for the Athens Olympics, will be announced on 10 July, 2003.