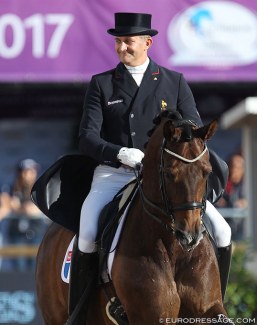 The French Equestrian Federation (FFE) has announced the horses which have been submitted to the JO/JEM squad for 2018.

The French Federation does not use the traditional A and B-squads denominations, but refers to the elite group of Grand Prix horses as the JO/JEM group, indicating that the submitted horses have team selection potential for the Olympic Games/World Equestrian Games.

"FFE brings together the riders, the horses and their owners in one programme with the next big championships as goal," the FFE stated.

The owners of the JO/JEM listed horses get extra support from the federation for the training and competing of their horses by France's elite Grand Prix riders, so that they will not be prompted to sell the horse.

For 2018, the FFE has submitted five horses to the JO/JEM team. They are: