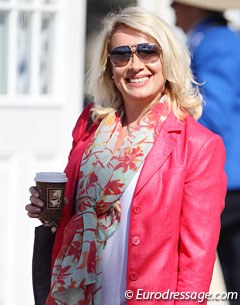 Six FEI 4* Dressage judges from Australia, Finland, France, Russia, Spain and the USA have been promoted to 5* status, the highest rank, by the FEI Dressage Technical Committee.

The promotions, which will come into effect on 1 July 2017, will allow the judges to officiate in the future at major FEI Dressage events, such as FEI World Cup™ Dressage Finals, FEI Championships at Grand Prix level, FEI World Equestrian Games™, and the Olympic Games.

These promotions will bring the number of 5* Dressage judges to 36.

"The FEI would like to congratulate all the Judges on their promotion and wish then much success in their continued judging careers. The sport of Dressage is growing and these appointments reflect its global development and appeal," said the FEI press release.