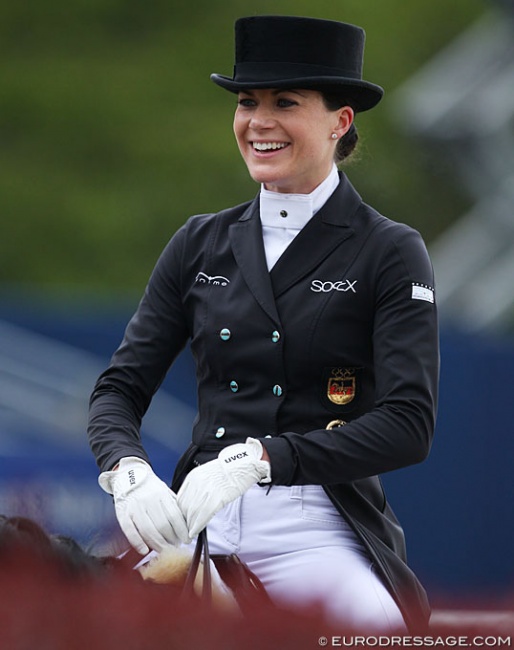 The 32-year old is three months pregnant and her baby is due in September. She told Eurodressage that she does not yet known the gender.

After Eurodressage broke the news of Kristina's pregnancy, the celebrated rider also took to Facebook and added, "fortunately I feel very good and that is why I will continue to ride for a few ore weeks before I take a little break. I'm grateful for the support of my family and team and look optimistically at the future. I look forward to an exciting year."

The couple has been together for the past fifteen years and got engaged on Christmas night 24 December 2014.

Bröring is from Lohne, Germany, and is a school teacher and soccer player on a regional football team. After losing a bet, he cycled from his house to London to see his girlfriend ride in her first Olympics in London in 2012.

At the beginning of the week Sprehe announced that Kristina's top horse, the 19-year old Desperados (by De Niro x Wolkenstein II) would be available again for fresh semen. This prompted rumours that the horse was retired from sport. Kristina told Eurodressage he is not yet retired, but that she will see about the horse's show schedule after he's done his breeding duty.

Related Links
Kristina Sprehe Got Married
Desperados Not Yet Retired from Sport, But Back to Breeding