Weihegold Secured for Werth until 2020 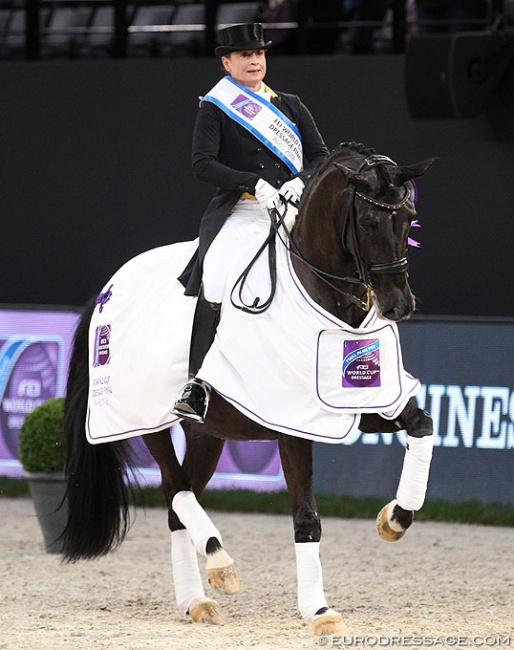 Isabell Werth's long-time sponsor Madeleine Winter-Schulze has revealed that she has secured the sport rights of Weihegold until 2020. Isabell is safe that she will retain the ride on her gold medal winning horse until after the Olympic Games in Tokyo.

At the 2018 World Cup Finals in Paris, Werth and the 13-year old Weihegold OLD (by Don Schufro x Sandro Hit) gave an important psychological blow to her biggest competitor at the moment, Laura Graves, by still securing the 2018 World Cup title after getting well beaten by the American in the Grand Prix. It was in fact the second time that Graves beat Werth. She is the only rider to have done so since the retirement of Valegro.

In an interview with the German equestrian magazine St. Georg, Weihegold's owner Christine Arns-Krogman confirmed that Winter-Schulze will continue to lease (aka pay for the sport rights of) the black mare until the 2020 Olympic Games. Weihegold will be 15 then and still in her prime as a Grand Prix horse.

After Paris, the mare will get a break from sport and focus briefly on breeding. She will be put in foal to a stallion that has not yet been disclosed and then the embryo flushed to be implanted into a surrogate mare.

"I´m not sure which stallion I will use this year," Arns-Krogman told Eurodressage.