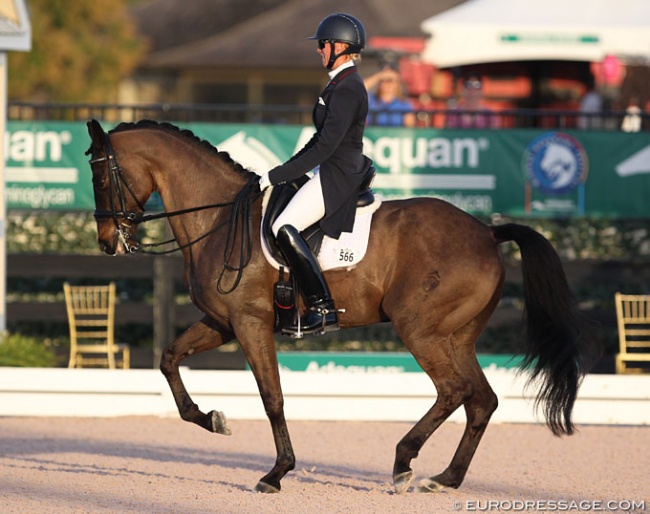 Krinke-Susmelj had been trying out horses in the U.S.A this winter, but her choice fell on San d'Or (by Sandro Hit x Cocktail).

Megan Lane trained the refined bay gelding from young horse level up to Grand Prix. They made their CDI debut in 2013 at small tour level and briefly moved to Developing Grand Prix level in 2014. The definite switch to senior Grand Prix level was made in 2016. This year the pair competed in Wellington with scores between 67 and 71%.

Marcela Krinke-Susmelj is Switzerland's long-time number one Grand Prix rider. Aboard the Danish bred Atterupgaards Molberg (by Michellino) she has competed at every single (inter)continental championsip since 2011. The 17-year old Molberg is in his 9th year at international Grand Prix level. Krinke also has Sopran and Carissimo as her rising talents.