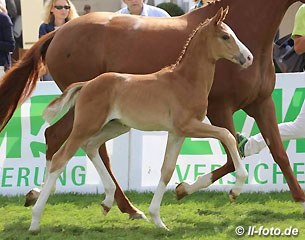 A colt by Escolar and a filly by Finest were named the grand champions at the 2015 German Foal Championship held in Lienen, Germany, on 19 July 2015.