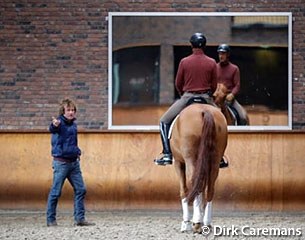 Sjef Janssen, Technical Dressage Advisor for the Belgian Equestrian Federation, has announced the Grand Prix and developing dressage teams for Belgium. Based on his assessment during three observation days, Janssen announced A, B, C and a High Potential teams.

The A-team includes the Belgian top Grand Prix riders and they receive maximum support based on their needs.

The B+ team includes combinations which are close to the top and also receive maximum support.

The High Potentials team includes combinations which have the potential to grow to taking a spot into one of the teams. They will be evaluated every two to three months 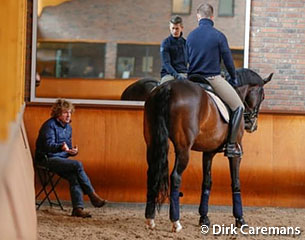 During the team building the riders were informed what kind of support the federation will offer them on a veterinary and mental coaching level.  The riders received information on the mental aspects (Jan Dierens), physio therapy for horses (Patrick Herbots), feeding of horses (Peter Bollen), and show planning (Sjef Janssen).

Riders who aim to qualify for the 2013 European Dressage Championships in Herning have to compete at two mandatory competitions: the 2013 CDN Zandhoven on 21 July 2013 and the Belgian Championshipss in Meerdonk on 1 - 4 August 2013). 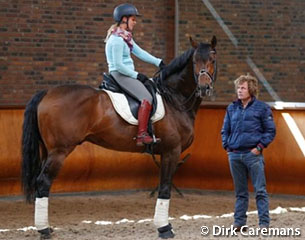