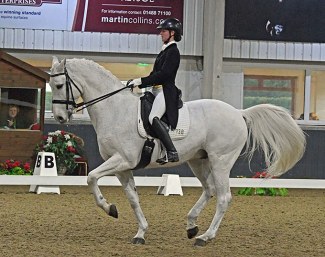 At the Olympia World Cup  2019 he competed as the youngest horse in the class as a 9 year old, after just 6 months of being at the GP level. He achieved 71.245% on the second day. He has competed in several CDIs and High Profile Shows where he got placed with scores between 65% to 71%.

Being still young at Grand Prix level he has a great future in the sport. Equally he would be suitable for somebody who would like to climb up the ranks in dressage.

He finds collection easy and has a fantastic technique in piaffe and passage. The walk is massive and he shows great suppleness in half passes. His extensions are powerful and ground covering.

Besides his eye-catching looks he has a fantastic character to match. He loves competing and showing off and he is never spooky or silly.

Libertino is super easy to ride and handle.  He is a dream to take out to shows and has no stable vices. He loves fuss and attention. He enjoys hacking and is good to shoe, clip and travel.

Based in the UK. 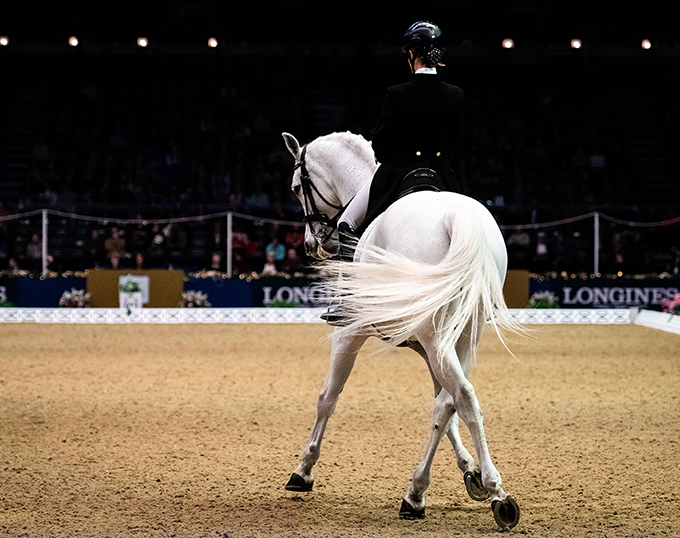