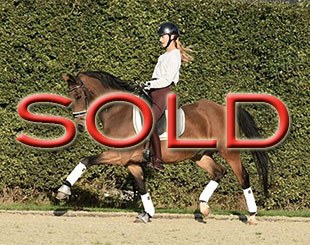 This 11-year old bay gelding is confirmed in all the FEI pony level movements and has low show mileage, leaving tons of energy and health in the tank for a budding career at the highest level of pony sport. He has been competed at national level in Belgium and is ready to make his break through at FEI pony level.

Sadly offered for sale as the owner has reached the age limit and moves on to horses.