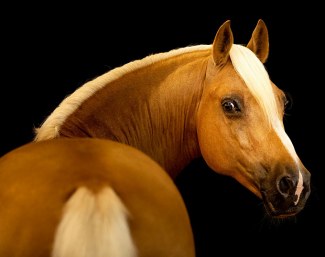 Don Diego is a stunning licensed German Riding Pony stallion, registered Westfalian and licensed as a premium stallion in Hanover in 2013.

This gorgeous palomino stallion completed his Stallion Performance Test through sport. He is confirmed at FEI pony level and an absolute star for the future.

In his young career he has already achieved several victories and many top placings in young riding pony tests up to FEI pony level. He won the bronze medal at the 2014 and 2015 Westfalian Young Horse Championships as a 3- and 4-year old. In 2018 he qualified for the German Pony Championships in Munich, but did not compete there because of health issues in the rider's family.

Don Diego is super quiet with barely any stallion manners. He has absolutely no vices at all and is a pleasure to have around. Super easy to ride and handle, even for less experienced riders. He is uncomplicated to ride in an FEI pony level test, but he also loves to trail ride. He is always totally relaxed and his main concern in life is the next meal :-)

Don Diego has been with the same owner since he was a weanling.

A complete set of x-rays (16 September 2019), including neck and back, is available. All are clean

Located near Wolfsburg, Germany, with Juliane Kraus, to be sold.