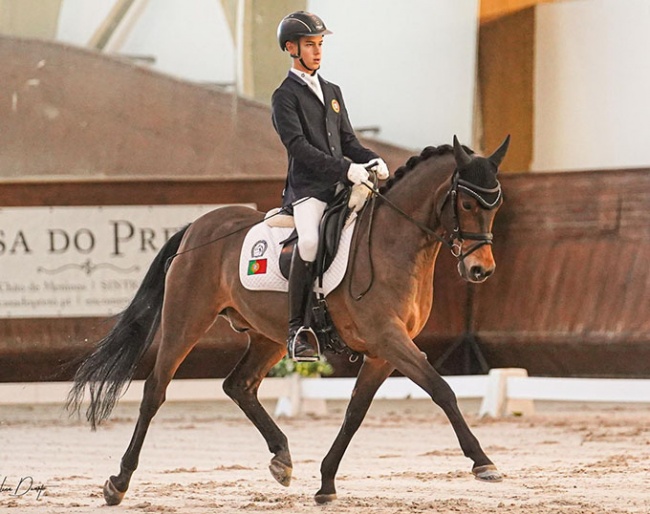 Der Kleine Choco-Boy is bred in Germany, where he was licensed as a breeding stallion at the 2011 Weser Ems pony stallion licensing in Vechta His licensing is a testimony to his quality in conformation and basic gaits. He was however gelded to be focused on sport and has never bred.

As a young pony he competed in Germany and finished fourth at the Oldenburg young pony championships in Rastede in 2015.

Der Kleine Choco-Boy sold abroad and has been an internationally FEI dressage pony ever since. He has been two-times Portuguese Pony Champion and competed three times at the European Pony Championships

Two Times National Champion and went two times to the FEI European Pony Championships (2019, 2021). He has produced consistent scores at all CDI's and is a real treasure. He is an expressive mover, uncomplicated to ride.

Der Kleine Choco-Boy is a perfect schoolmaster for a young child who wants to learn from an experienced and reliable pony.