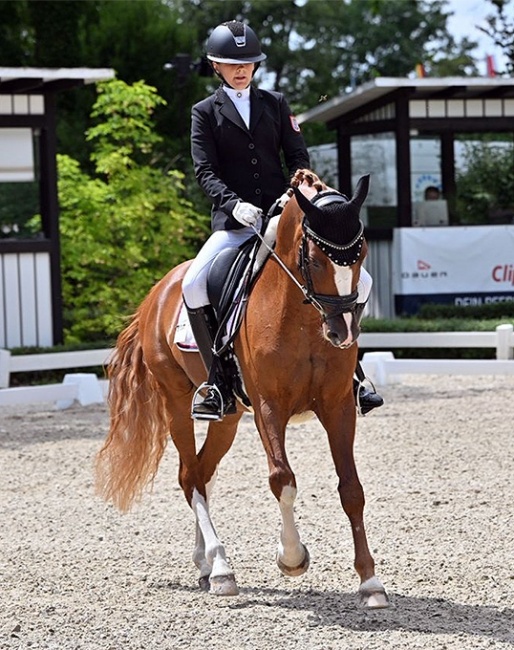 Unique opportunity to acquire a highly successful FEI dressage pony, one of Germany's most decorated ponies as a youngster and now at the start of his international show career.

Double Diamond AK won the Bundeschampionate  - the German Young Pony Championships - not once, but twice! He was the winner in 2016 as a 3-year old and 2019 as a 6-year old.

He was also member of the German NK1 pony squad under Antonia Busch-Kuffner.  He has won many FEI pony tests in Germany and placed several times.

As a testament to his quality in gaits and conformation as well as his top pedigree and potential this chestnut was licensed as a breeding stallion. He was  approved for Weser-Ems, Hannover as well as Westphalia in 2015, but later on gelded to be focused on sport.

Double Diamond is always motivated to work and a super reliable pony in the arena. He has a lot of power in his movement and makes a super match for a pony rider who wants to be successful in international FEI pony sport.

Sadly offered for sale as the current owner/rider has reached the age limit. A  5-star home is sought for this talented pony.