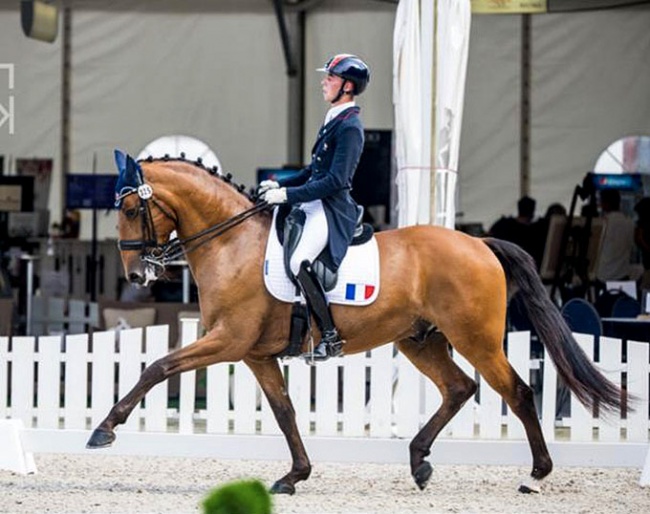 Bambino de Massa is an 11-year old purebred Lusitano gelding who has been internationally competed up to small tour level. He is schooling the beginning of the Grand Prix work.

In the same ownership for the past six years, Bambino has been ridden by a youth rider and has participated in three European Junior/Young Riders Championships as member of the French team. They showed one season at junior level and the past two years at Young Riders level.

Bambino has won numerous national competitions as well as international shows, including the CDI Le Mans as well as the CDI of Compiègne, scoring over 70%.

Bambino is a willing horse with a big heart. He is very kind both on the ground and ridden (indoors and outdoors). He is very affectionate and loves being taken care of. He is now progressing to Grand Prix level, all canter work exercises are confirmed and very easy. The passage is also confirmed while the piaffe is well advanced but still requires training. He has three good basic gaits