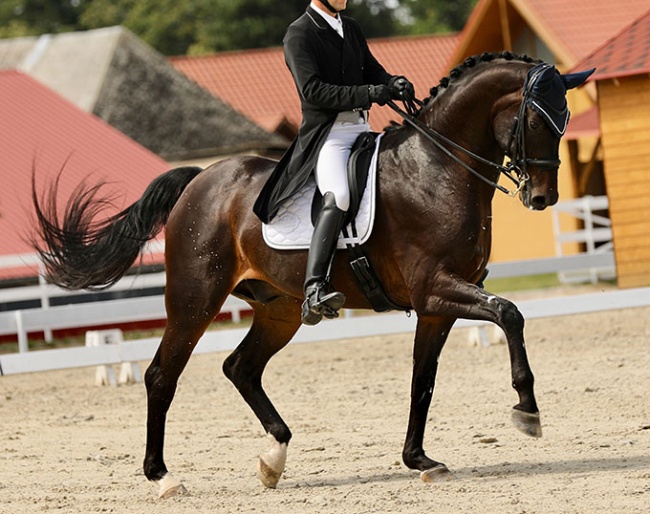 Soundtrack is a beautiful 12-year old Westfalian gelding that has been competed up to small tour level and is schooling the Grand Prix movements. He has been in the same ownership since 2014.

Professionally trained, first in Poland and for the last 3 years in Germany, Soundtrack has been under the supervision of the best dressage trainers.

He is a top mover with three fantastic gaits. He is also super elastic, lightfooted and elegant in his expression and way of going. He has competed at junior/M-level level and in S advanced test level at national competitions. He is schooling all the Grand Prix movements including well executed piaffe, passage, and one tempi changes. He is confirmed at small tour level, where his strengths lies, and plays with the Grand Prix movements at home.

This wonderful gelding  is a stable sweetheart. He loves to be groomed, hacked and get attention from his owner. He is also well behaved in the warm-up and tests. He has an amazing temperament, is steady both at home and at competitions. He goes well in the snaffle and double bridle.

Because of his big gaits, he is not suitable for an amateur or inexperienced rider who is still learning to find balance in the saddle.  He will be a perfect horse for an ambitious youth rider, who can take him to the top with all his talents.

A five-star home is sought for him. Sadly offered for sale due to personal reasons.