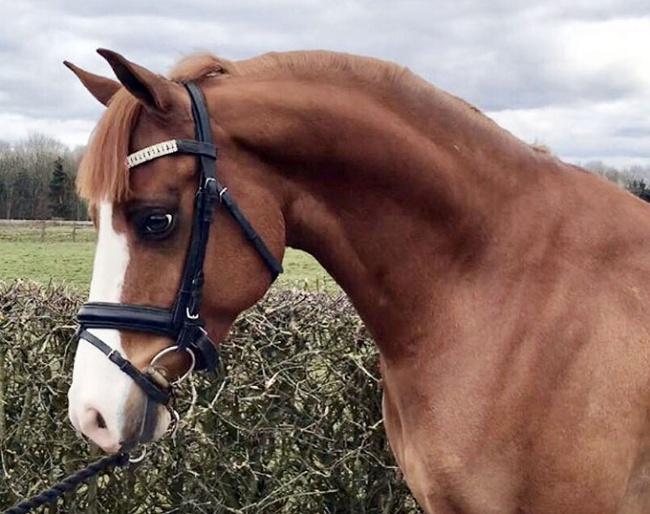 Red Hot Butterscotch has competed at FEI pony test level nationally with scores of 70%+ at Meduim & FEI Level and was on the Irish high performance development squad in 2020 & 2021.

Ziggy has been slowly produced to the highest standards and is now ready to take her next rider to compete at the highest level of international pony dressage.

Ziggy is a very sweet natured pony with stunning looks who has a wonderfully positive attitude to work she is a dream to travel shoe/clip and happy to be turned out alone.

Ziggy is by Machno Carwyn who is the only pony stallion to have had such an impressive success story in the whole of Europe. This stallion has had more than 200 official placings, 130 of which in international competitions. He won more than 50 classes, including 7 inter-national Grand Prix. 2 European Gold medals; 4 Swiss Gold medals and a Bronze medal in the Swiss national championships and has breed many successful progeny.

Extremely sad sale we have run out of time as rider is now out of ponies.