FEI Dressage Horse for Sale: I’m Like Nobody Else BB 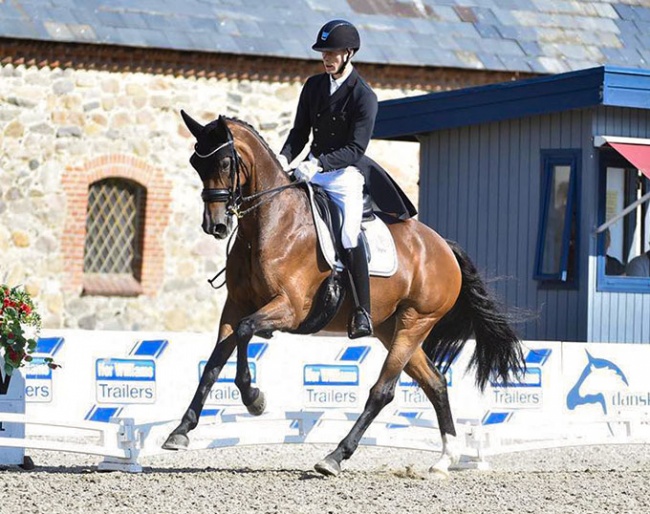 As a 3-year old she was proclaimed "ster" mare by the KWPN breed society at the JongKWPN Central Horse Inspection in Ermelo in 2017. A year later she scored 78 points in her IBOP KWPN mare performance test, scoring 8s for walk, trot, rideability and potential. She finished fourth in a group of 22.

As a young horse she was successful in The Netherlands, competing in the Pavo Cup qualifier in 2019. She was third in the Semi-Finals with 87,8 points in a field of mainly breeding stallions and ended up seventh in the 2019 Pavo cup Finals as second best scoring mare. She also became the "Overall Best Mare" and runner-up in the 2019  Zeeland Dressage Cup.

In 2020 she competed in the Dutch team selection trial for the World Young Horse Championships, but the event was cancelled due to Covid.

She is very sweet and easy-going mare, but not an amateur horse. She loves going in the field and hacks easily outside.

She would be perfect match for a well riding junior-young rider.