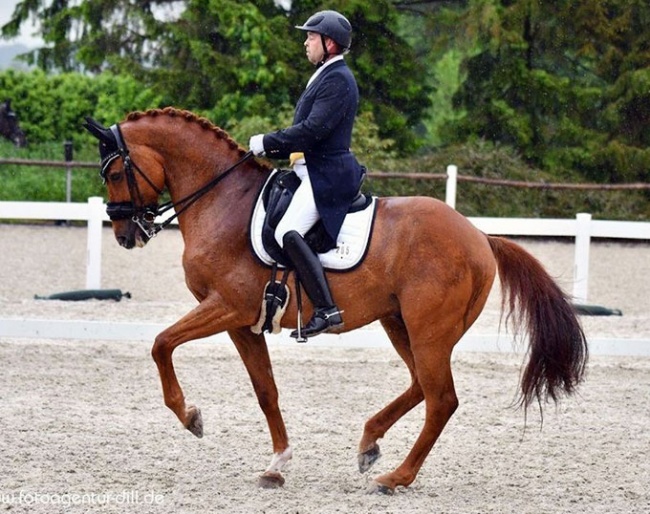 Excellent opportunity to own a Grand Prix horse that can take you places.

Elian has been trained to the Grand Prix by a German Professional that has ridden him up the levels with impressive scores and wins. Elian was imported to the US (California) as a 5 year old and has been with the same trainer since then.

Elian has 3 super gaits and a strong work ethic. He is talented in many movements including half passes, piaffe, pirouettes and changes. He has a super walk with a very clear rhythm, a floaty trot and round, uphill canter. His sire is the Famous Dutch Olympic Grand Prix horse Glock’s Johnson TN .

In 2019 Elian moved to Germany with his trainer and due to COVID-19 has not able to get out much to show as was planned. Elian is solid in all of the Grand Prix Movements and is ready to take someone into the CDI ring and be competitive. He would be a super U25 Partner for a competitive rider that wants to win and is also well suited to a Professional that wants to get into the Grand Prix ring now and be competitive.