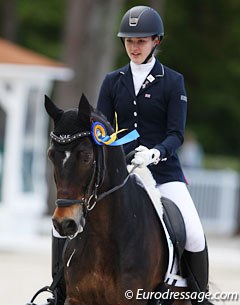 Chief Pony Selector Andrew Harris said; “It’s been a very strong group this year which has made the competition for a place on the team fierce and made our job very tough! The chosen four have all proved themselves and with two more than capable reserves, it shows the strength in depth we have in the pony programme. We’re all looking forward to the trip to Hungary and hope we can do everyone proud.”

The selected quartet and reserves will head to Kilbees Farm for a final training camp with team trainer Darryl Thickitt on 18 – 19 July before the ponies travel to John Parker International Horse Transport headquarters in Kent to stable overnight ahead of their journey to Hungary.