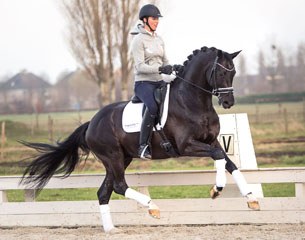 Four Legends KS is a legend in the making. This black beauty impresses on all levels and it will only be a matter of time for him to be ready for the highest level of top sport dressage. 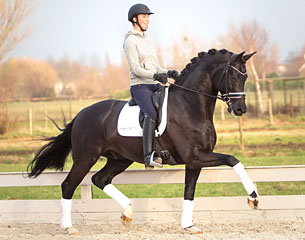 Four Legends KS is currently in training with Stephanie Kooijman. The pair won the 2017 KWPN Stallion Competition in 's Hertogenbosch last February. He has also been competed in a ZZ-Licht test and scored over 73%, followed straight away by a ZZ-Zwaar test with a score of almost 70%; a real testament of his trainability and super character. 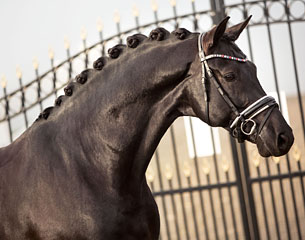 This stunning black stallion passed on beauty, athleticism and rideability to his offspring. A match for any breeder looking to produce modern, sporty dressage horses.