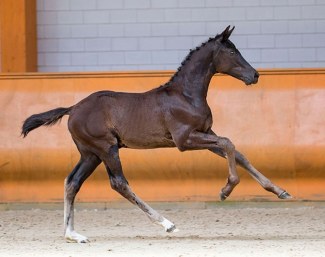 Nikan's Diamond (by Kannan) sold for the highest price of the evening, 30,000 euro, and sold to Germany.

The Limburg Foal Auction focuses mainly on show jumping as Paul Hendrix is the organizer. The collection of 100 foals also included dressage foals. 19 foals were sold for over 10,000 euros and the average price for a dressage foal was approximately 5,500 euro.

Only two dressage bred foals reached a price of 10,000 euro or more.