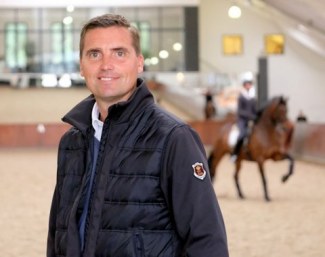 - We are incredibly honored to present Helgstrand Dressage as title discipline sponsor for Dressage at the FEI World Equestrian Games and announce a landmark partnership with their brand and business at our other venues, which will be a huge commercial advance for the sport of Dressage, said Mark Bellissimo, Managing Partner of Tryon Equestrian Partners and CEO of Tryon International Equestrian Center - and adds; Their involvement in the sport has been impactful, playing a significant role in solidifying the future and continued expansion of the discipline and we are thrilled to have their support at this iconic global event. We look forward to evolving our partnership with Helgstrand Dressage as they continue to grow on this side of the Atlantic and around the world.

Athletes from 33 different countries have been named to the FEI Nominated Dressage Entries List, set to compete at WEG, with ten horses currently selected having strong ties to Helgstrand Dressage, securing their status as a global leader in the production and sale of quality Dressage horses. The discipline itself will take place in U.S. Trust Arena over the course of four days, from September 12-16.

- We are proud that Helgstrand Dressage has been named title sponsor of the Dressage discipline at the FEI World Equestrian Games, and we are excited to have made a significant contribution to the list of participating horses at this grand event as well. The equestrian scene as such and the Dressage discipline in particular are constantly evolving, and it is our ambition to support the development by continuously supplying world-class horses for the athletes, said Andreas Helgstrand, founder and CEO of Helgstrand Dressage.

Helgstrand Dressage employs 70 employees with operations in Germany, Denmark, and now the United States. Helgstrand Dressage has become a name synonymous with success in the breeding and competition industry, producing more than 350 top horses over the last decade. Now, the company has its eye set on giving back to the Dressage community, expanding into North America with aspirations of becoming the "supplier of the future" for world-class Dressage athletes.

The partnership with Helgstrand Dressage will expand beyond the FEI World Equestrian Games™ Tryon 2018, with presence at the major equestrian venues operated by Tryon Equestrian Partners and the Wellington Equestrian Partners. Helgstrand Dressage launched their North American-based business venture this past season in Wellington, FL, which saw incredible success and a massive introduction of top dressage sport horses to the North American market.

To find out more about Helgstrand Dressage, visit www.helgstranddressage.com