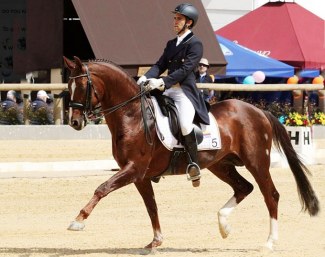 The Colombian Equestrian Federation has announced the team that will represent Colombia on home turf at the 2018 Central American and Caribbean Games, scheduled to take place in Bogota on 19 July - 3 August 2018.

Selection events for the Colombian team took place in Wellington, Florida and nationally in the country.

The Colombian team will be represented by