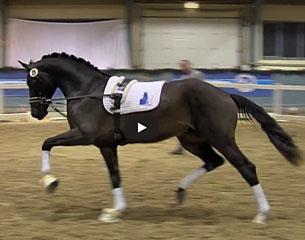 The Franklin x Scandic x Jazz sold for 67,000 euro. He is bred and presented at auction by Dutch veterinarian Jan Greve

The second most expensive colt was a Furst Wilhelm x Rohdiamant, which fetched a price of 42,000 euro. A Rock Forever x Londonderry sold for 38,000 euro.

The most expensive jumper colt was a Cellestial x Corrado, which switched owners for 35,000 euro.