Soul, Top Seller of the 2017 Hanoverian July Auction in Verden 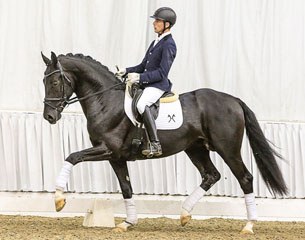 The second most expensive horse was the show jumper Q7 (by Quaid x Stakkato) which sold to a foreign customer for 55,000 euro.

The best selling foal in the colletion was the filly Traumtänzerin (by Totilas x Desperados) which sold to Emma Jane Blundell's Mount St. John for 32,000 euro. Traumtänzerin is a full sister to the Hanoverian licensed stallion Toto Jr.