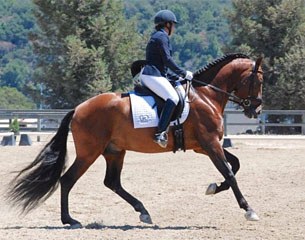 The USPRE California High Point Series is an annual contest for PRE horses of all levels competing in dressage in the California show circuits. This year's designated shows included three in Southern CA and three in Northern CA, bringing out a number of regulars to the program as well as many notable young horses.

The USPRE Grand Champions of the CA Series are two riders who have stood out in a field of very worthy contenders. USPRE is proud to present the Grand Championship to pairs with such exceptional results. Congratulations to both of our Grand Champions on a stellar season! 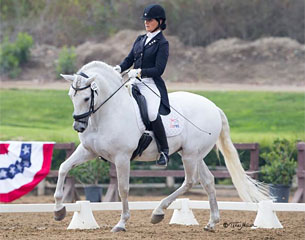 The USPRE High Point Series in CA and FL are designed to encourage PRE riders of all levels to train and compete in rated dressage shows. The USPRE High Point award is available at any USDF dressage show around the country when organized by members. Currently, the program has developed series’ in two locations: Florida and California. Grand Champions of the series’ are awarded a USPRE riding jacket.