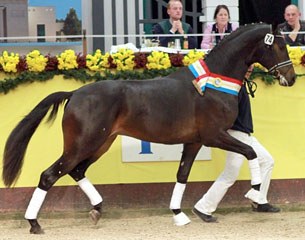 Twenty dressage bred colts out of a group of 37 that received a positive verdict were licensed at the 2015 Mecklenburg Stallion Licensing in Redefin, Germany, on 6 - 8 November 2015.

Sixty-three colts in total were presented for licensing in Redefin. 59% of the collection (37 of them) got licensed.