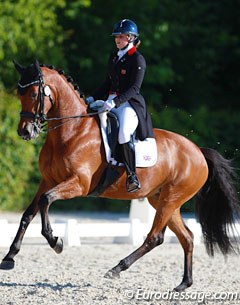 All selected riders, including reserves, will attended a pre-European team camp at Kilbees Farm in Berkshire on 13 – 14 June.

The selected British teams include:

Both Erin Williams’ horses will go to the final team preparation camp next weekend where a final decision will be made. The horse not selected, will be a direct reserve for Erin.

Two reserves have been picked: