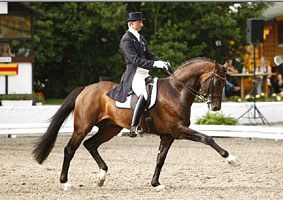 The Louisdor cup started in 2007 and was first named the HKM Upcoming Grand Prix horse circuit. Afterwards it switched to the Medien cup, the Tesch Inkasso Cup and now it's the Louisdor Cup and sponsored by the Liselott and Klaus Rheinberger Foundation.

The 2014 Louisdor Cup qualifiers are: