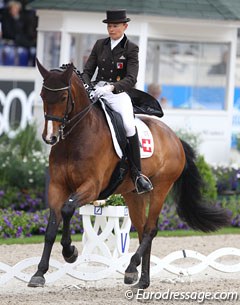 The complete list with definite entries for the 2013 European Dressage Championships in Herning, Denmark, on 20 - 25 August 2013 is known. Last teams to be announced are the French, Swiss and Luxembourg teams as well as several individual riders.

The French team is constituted by:

The Swiss team has four riders and they are: