What is happening
FEI Dressage News 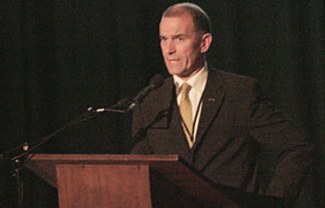 British David Holmes was abruptly thanked for his services and escorted to the door at the FEI Headquarters in Lausanne, Switzerland, today. Holmes was the executive director of sport since May 2008 and was reportedly "shocked" by his enforced departure.

British magazine Horse and Hound broke the news today and quoted Holmes: "I'm shocked, this has come totally out of the blue this afternoon. It's a resource issue principally — I was told it is for financial reasons, I suppose it's the cost of the clean sport programme."

David Holmes's resignation is aparently "by mutual agreement". David denied having had differences with the FEI management. "I don't regret coming here at all. I loved my job

– I loved working with the national federations, the president [Princess Haya], Alex [McLin] and the rest of the team. And I've made a real difference," he told Horse and Hound.

Before accepting his job at the FEI Bureau, David Holmes was chief executive director of British Dressage.