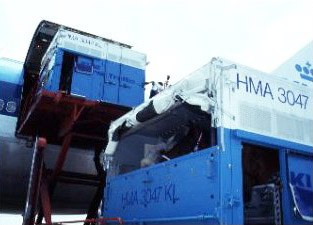 The protocol for the importation of horses to Hong Kong for the Beijing Olympics 2008 has been finalised. There will be a seven-day pre-export quarantine (PEQ) at centers approved by Hong Kong authorities and a 10-day post-arrival isolation (PAI).

During the PAI, training can continue at specified times and the competition can commence. It is likely that the venue stables will be opened two weeks before the competition.

Officials are recommendeding that all horses be given a booster vaccination against equine influenza between 1 and 2 months before entry to a pre-quarantine facility (regulatory period 90-14 days), to ensure an optimal immune level and minimise the risk of influenza issues causing an importation problem. Horses suffering from influenza in the PEQ period will compromise not only their own travel to HKG, but possibly also for all horses which are in that PEQ-facility at the same time.

Another disease for which vaccination should take place is Japanese encephalitis. The vaccine against this disease is being manufactured in Tokyo; the EU is currently being contacted to obtain a temporary approval of the vaccine.

The climatic conditions in HKG at the time of the test event, as well as during the 2008 Olympic Games, will be very hot and humid.

Studies carried out thus far have indicated that the climate may be worse than Atlanta, with an additional risk for rain, thunderstorms and typhoons. To this effect the FEI has three reserve days in the competition schedule, in case the competition runs into weather delays. The Wet Bulb Globe Temperature (WBGT) index may well reach levels of around 30 and preparations to manage the heat load in the participating horses are fully under way.

The competition format for all disciplines has been adapted to take in the evening, and the Eventing cross-country will take place in early morning. Cooling facilities such as ice, shade, water and misting fans will be available; it is recommended that all teams make sure that aggressive cooling protocols have been rehearsed before arrival in Hong Kong. At the same time, it is very useful if the normal weight of the horse is known.

The Welfare Sub-Committee of the FEI is attempting to set up a mini-symposium on heat and humidity between the test event and the 2008 Olympic Games. In addition, all federations sending horses to the test event will be asked to share research done on their horses with others, to make sure that the data collected benefit all involved.

For the Test Event in August 2007, it is expected that the stables will also be open from July 28, to have conditions parallel to the Games. The temporary importation requirements for the horses will be less strict and comparable to importation of racehorses, since this concerns a small number of foreign horses that can be much easier controlled than the numbers expected in 2008 (ie, no PEQ, separation of horses from local horses during stay in Hong Kong, proximity only during competition).