Three Candidates for the FEI Presidency 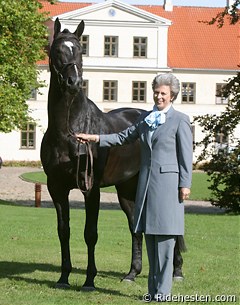 The third term in office of the current FEI President SAR The Infanta Doña Pilar de Borbón comes to an end in 2006. She has announced her decision not to run for a fourth term. Therefore, a new President will be elected at the 2006 FEI General Assembly.

According to the FEI Statutes, candidacies for vacant positions had to reach the FEI Secretary General by 1 November 2005. The FEI announces today the names of the three candidates for the FEI Presidency (by alphabetical order of the NF): HRH Princess Benedikte (DEN), Mr Freddy Serpieri (GRE), HRH Princess Haya Al Bint Al Hussein (JOR).

HRH Princess Benedikte (DEN) is the younger sister of HM Queen Margrethe II of Denmark. She is the current patron of the World Breeding Federation for Sport Horses, which is the key link between the breeders and international equestrian sport. A knowledgeable breeder herself, she has bred no less than two approved stallions within Dansk Varmblod. Her daughter Nathalie zu Sayn-Wittgenstein-Berleburg is an international Dressage rider and a member of the Danish National Team riding on a horse bred by HRH Princess Benedikte.

Mr Freddy Serpieri (GRE) has been Chairman of Geographical Group I and first FEI Vice President since 1997. Greek national champion in Jumping at Junior and Senior level, he won the Balkan championship in 1973. Greatly involved in sports administration, he was elected President of Greece’s first riding club as well as of the Hellenic Equestrian Federation at its foundation in 1990. He remained in this position for 11 years. He chaired the Organising Committees of the 1994 European Junior Jumping Championship and of CSIO-W Athens for eight years. Mr Serpieri presided over the International Olympic Academy, the educational branch of the International Olympic Committee with headquarters in Ancient Olympia for four years. He participates in the administration of other sports, such as athletics, yachting and modern pentathlon. From 2000 to 2004 he was 2nd Vice President of the Hellenic Olympic Committee and is still an NOC member.

HRH Princess Haya Bint Al Hussein (JOR) is the daughter of the late King Hussein of Jordan and wife of HH General Sheikh Mohammed Bin Rashid Al Maktoum, Crown Prince of Dubai. She has been riding internationally since the age of 13. In 1992 she won the individual bronze medal in Jumping at the seventh Pan Arab Games and the following year she was elected Jordan’s athlete of the year. After years of intensive training in Ireland and Germany, she qualified for and took part in the Games of the XXVII Olympiad in Sydney in 2000 followed by a participation in the 2002 FEI World Equestrian Games at Jerez de la Frontera. She has represented Jordan at the FEI General Assembly on several occasions. HRH Princess Haya is member of the IOC Athletes’ and Culture and Olympic Education Commissions and president and founder of the International Jordanian Athletes Cultural Association. She is the first Arab and first woman to ever become Goodwill Ambassador for the United Nations World Food Programme.

As per the FEI Statutes, in order to be elected a candidate for President must receive two thirds of the valid ballots cast in the first or second ballots; if a third ballot is necessary the candidate must receive an overall majority (one-half plus one) of all valid ballots cast. The election will be held at the 2006 FEI General Assembly taking place in Kuala Lumpur (MAS) on 1 and 2 May 2006.